During the last few months of Travis life- he and samantha were looking for her first vehicle.   They would text each other and make quick trips to various dealerships.   For the longest time- samantha wanted a “truck”.

I faintly recall samantha barely being able to produce the words “can I have his truck?” between her sobbing after they found her fathers body.   I immediately said “yes-of course” I desperately wanted to comfort her.  Not fully knowing or being in control of my words and actions.

A few weeks later – samantha reminded me that I told her she could have Travis truck.  I politely told her that dad and I believe that a brand new young driver should not have such a nice expensive vehicle such as her dads.  She understood.

For various reasons, the children and I decided to sell Travis pickup. We had several talks and made the decision together  I have driven the pickup twice since he died (when my car was being used by Sydney and when we drove it to cut down our first live Christmas tree).

It’s something material.   Yet- it’s hard for me to take photos and prepare to sell. It was emotionally difficult to make the ad on Craigslist and facebook. I was proud of myself for I didn’t cry the entire time I posted.  Of course I wept when I sat in his pickup and took photos.   I softly touched the steering wheel, all the knobs, the top visor where he kept the checks Sydney made for him over 9 years ago.  The smell….. The smell of him, his leather air fresheners. I looked at the radio and immediately thought of how many times I asked him to turn down the Howard stern on Sirius.   What I wouldn’t do to have him next to me.  I looked at the empty seat and remembered all our travels together. Not necessarily in the vehicle but all of the others we had throughout our marriage, the Corolla (our first vehicle purchases together), the black blazer, the minivan, his green truck, his black truck and now this one.

I remember walking outside and seeing him grin from ear to ear and say, “jewels- take a look”. He was proudly showing me the camouflage detailing he did himself.   I smiled thinking of course Travis would do that. 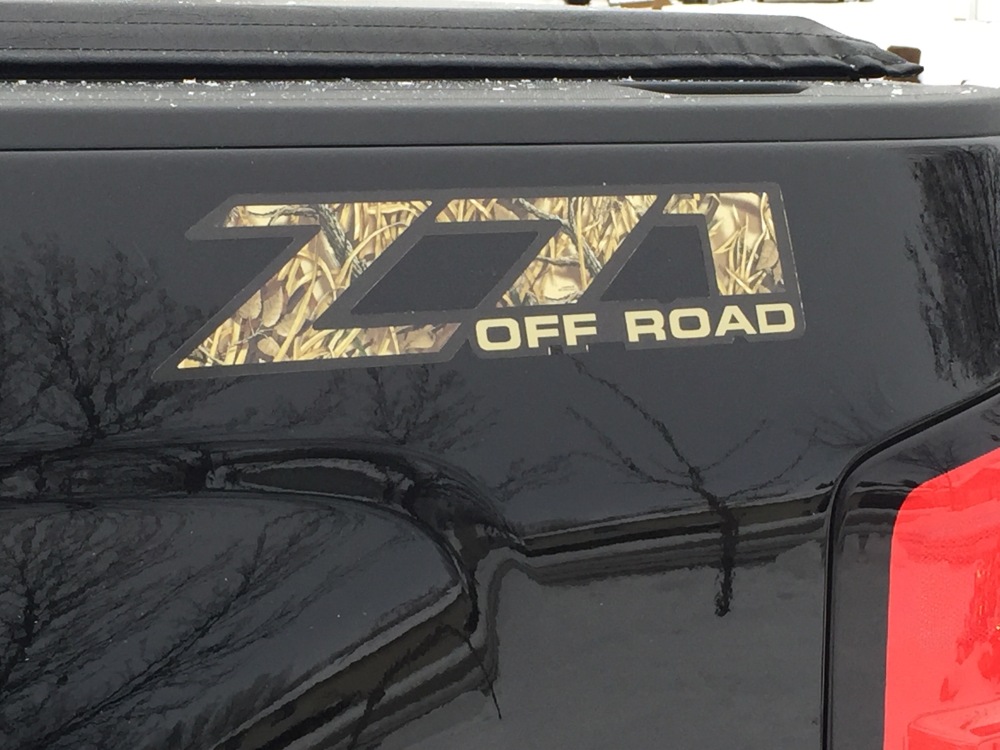 It’s only a truck.

I can see him sitting in his vehicles. He always had his left arm on the door- immediately below the window.  He would calmly grasp the steering wheel with his right hand .

He had all items needed for his work.  The cell phone holder, the GPS, the extra change in the middle console.   The hundreds of napkins in the glove compartment (just in case you spill or need an extra Kleenex), the Carmex or Chapstick, the sunglasses…..

It’s only a pickup

After posting the ad and photos online, I took my vehicle to pick up Jacob at his hockey practice.   The tidal wave hit.  The realism of it all hit me.  I was selling Travis truck because he is dead and he will never drive again.   I cried, I screamed, I hit my steering wheel, I yelled at Travis, I yelled at God, I must have made a scene for other drivers to witness and think that I’m crazy.

It’s only a pickup

It’s more than just a pick up. It’s a metal frame which holds many memories of all the vehicles and occurrences and conversations we had within those vehicles.

Its my loves last vehicle which he drove.

It was at the land for the entire three days that hundreds of people searched and searched for him.

It’s the truck that towed the trailer and ATV that caused the accident and his death.

It’s my loves and now we need to get rid of it.